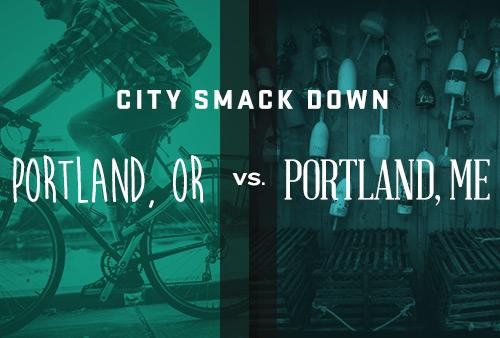 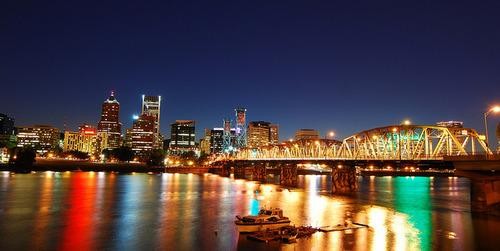 The Case for Portland, Oregon

Portland, Oregon, has become synonymous with the local food movement, designers, perfectly disheveled hipsters, and bands that were cool before you ever heard of them. All of thePortlandiastereotypes are true—you can actually find out where your free-range chicken is from and visit the feminist bookstore, just like in the show—but that’s why so many people are paying attention. It’s a hub of craft beer and sustainable living. Food is cheap, music venues are abundant, and you can see the whole city by foot or by bike. It’s bordering on perfection—as long as it isn’t raining.

Famous Faces: Matt Groening, the guy behind the Simpsonsis from PDX. So are Tonya Harding, and Art Alexakis, fromEverclear. The dream of the ‘90s is definitely alive in Portland.

Popular Way to Get Around Town: In one of the most bicycle-friendly cities in the world you’d be remiss not to go for a spin. Climb the west hills or head east through the Columbia River Gorge. 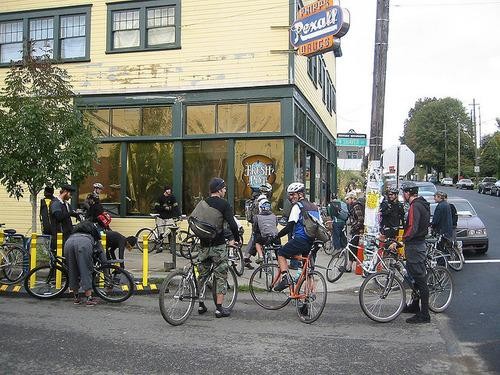 Fashion Statement: Skinny jeans? Army jackets? Not showering? Portland has driven a lot of the normcore hipster style of late, but its most pervasive look is probably flannel. You’ll see a lot of Pendleton-style button-downs around town.

Signature Dish: In a city that’s a melting pot of food trends, it’s hard to name just one stand-out dish—which is why food carts proliferate here. That could be anything from fried chicken sandwiches at Cackalacks Hot Chicken Shack to vegetarian Middle Eastern fare at Wolf and Bear’s.

Local Restaurant: Both cities are known for their farm-to-table movement, and in northeast Portland, DOC brings a seasonal, Northwest bent to Italian food. Expect dishes like steelhead with morels and wild greens. And expect the menu to change all the time. 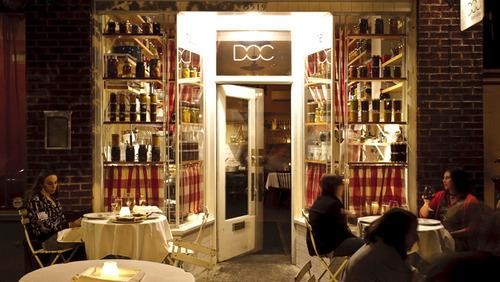 Best Bar: Clyde Common, adjacent to the Ace Hotel , isn’t a stuffy place for travelers. It’s imbued with a not-quite-obnoxious level of Portland hipsterdom, and the drinks, created by award-winning bartender Jeffrey Morgenthaler, include house-made ingredients. Clyde Common was a semifinalist for the 2014 James Beard Award for Outstanding Bar Program. 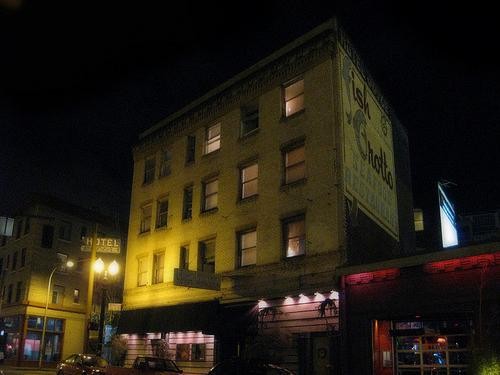 Outside the Clyde Common, adjacent to the Ace Hotel. (Photo: Amber Chase)

Breakfast Spot: Brunch encompasses all that is Portland—food hysteria, hanging out, day drinking—so there are tons of good options, but the Screen Door, a southern place on East Burnside, might be the top of the heap. Get the chicken and waffles. And be prepared to wait in line.

Hot Neighborhood: Alberta, in Northeast, is home to a thriving art scene and a growing number of really good restaurants, like vegan hotspot The Bye and Bye. Try to hit it on a Thursday when there’s a giant street fair.

Where to Buy Local Goods: Union Way, a tiny, new shopping arcade in the Pearl District packs in local favorites, like Danner Boots and Spruce Apothecary. If you need a break, head to Little T Bakery.

Mediocre but Much-beloved Sports Team: The MLS Timbers. Because unlike the rest of this country, Portland likes soccer more than traditional ball sports

Favorite Bookstore: Powell’s might be the most talked about bookstore in the country. You could spend a week in the iconic indie spot, perusing their incredibly deep selection of new and used titles. They have a couple of locations, but the block-wide downtown store is the one to visit. 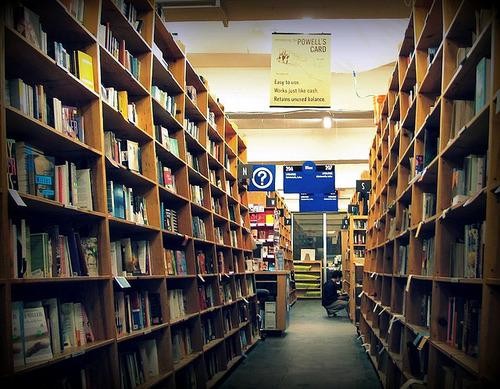 Beer of Choice: You can’t walk a block without passing a microbrewery in Portland—there are more than 30 within city limits—which makes it hard to pick just one. For a local brew in an outdoorsy setting, hit Base Camp Brewery and try an In-Tents IPA.

The Case for Portland, Maine 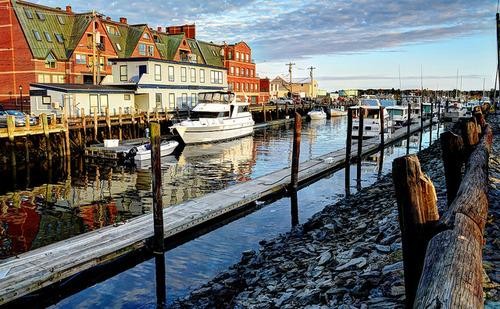 The Portland of the opposite coast has a strong local food culture, dedication to sustainability, and a community of artists, too—just without the forced irony of Portlandia. This coastal Maine city, reportedly, has the second most restaurants per capita in the country, after San Francisco, a thriving microbrewery scene, and easy access to mountains and water. Unlike the other Portland, it’s an ocean port, so you can get seafood right off the boat, and there’s a strong maritime history. Besides, who wants to live in a television show?

Famous Faces: Stephen King, who was born in Portland and now lives in Bangor, is one of many authors to come out of Maine. As is Anna Kendrick, of Twilight fame.

Popular Way to Get Around Town: Maine’s complex coastline is ideal for exploring by sea kayak, and there are plenty of places where you can rent boats and paddle out right from the city.

Fashion Statement: Bean Boots. LL’s old school duck boots have made a resurgence in style blogs—which is nice because they’re functional and cute.

Signature Dish: Lobster Roll. Cliché, but true. Get a perfectly balanced one at the Bite into Maine food truck (food trucks, not just in Oregon!), which hunkers down in Fort Williams Park during summer. 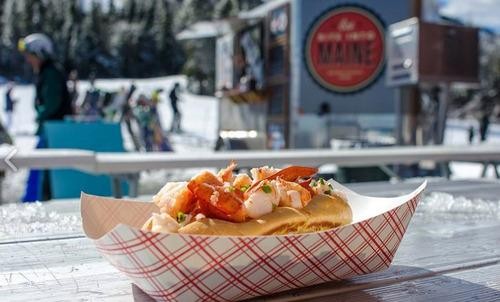 Local Restaurant: At Fore Street, which has been providing Mainers with local food for almost 20 years, you can watch award-winning chef Sam Hayward and his crew prepare wood oven roasted scallops in the central open kitchen. It’s been called one of the top restaurants in all of New England.

Best Bar: There are plenty of beer bars, dive bars, and old-school fisherman’s haunts sprinkled through Portland, but the relatively new Hunt and Alpine Club is the city’s first craft cocktail bar. Owner Andrew Volk, who actually worked at Clyde Common in PDX for a stint, has done it right. It’s cozy, and there’s a good mix of classic and creative drinks.

Breakfast Spot: Becky’s Diner, which is equally popular with dockworkers and visitors, is the opposite of a snooty PDX brunch spot. You’ll get delicious food—and no BS. It’s been featured everywhere from Gourmet to “Diners, Drive-ins and Dives.” You can’t go wrong with their blueberry pancakes. 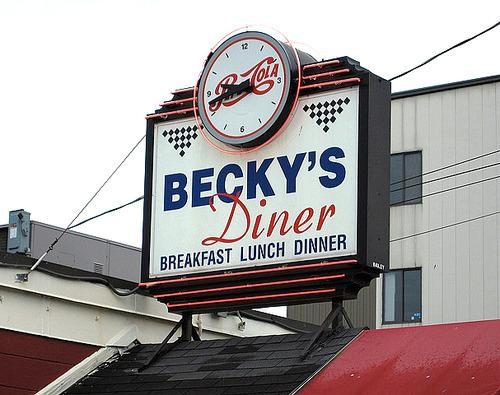 Hot Neighborhood: Old Port, the heart of downtown Portland, is jammed with cute shops and most of the city’s top bars and restaurants. It’s right on the water and prime for wandering. 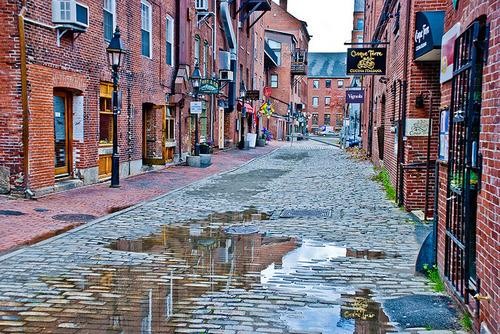 Favorite Bookstore: Small Longfellow Books couldn’t be more opposite in size from Powell’s on the other coast. But it’s also carefully curated, with a super knowledgeable staff. Local authors, of whom there are many, will often choose to launch their books here, as it’s the hub of the Portland literary scene.

Beer of Choice: There’s a small but dense number of breweries in Portland, but Allagash, with its creative approach to brewing stands out; try the signature White, or, if you can get your hands on it, one of their limited-release beers, like the Odyssey.

Heather Hansman is a Seattle-based freelance writer and a former editor at Powder. One time, she won a bag of pasta in an Italian big mountain skiing competition. She is a terrible surfer.

Written by Buyer Services Department on May 15, 2014. Posted in Real Estate Blog