Home Sales: Are They Increasing or Decreasing? 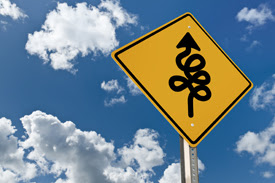 There has been a lot of chatter about the last few Existing Home Sales Reports from the National Association of Realtors (NAR). Year-over-year sales have been down four of the last five months. Experts are asking whether or not the housing recovery is beginning to stall. Let’s take a closer look at the data.

When we dig deeper into NAR’s research, we also see that homes at the higher price points are selling at greater increases than the lower price points. 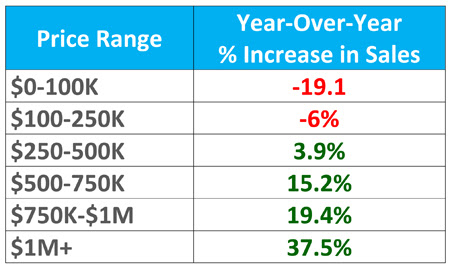 This deeper look at the report shows evidence that the housing market is still doing quite well when we removed distressed sales (which are in many cases lower end properties) from the equation.